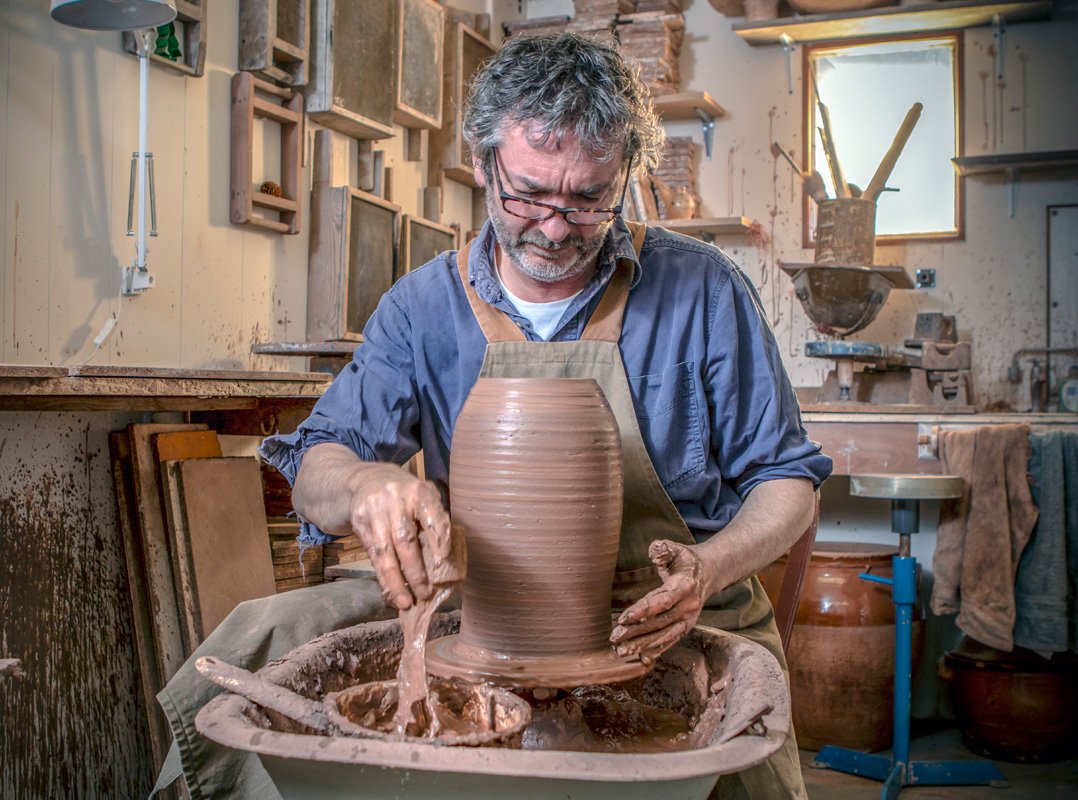 Last year Doug and I were at the Dumfries & Galloway Life Awards, having both been nominated for Visual Artist of The Year, enjoying each other’s company as another artist walked off with the award (see my blog post: The Jekyll and Hyde transformation of being an award finalist).

Although in reality we have only met a handful of times, whenever I am in the company of Doug and Hannah, it’s like they are old friends: conversation flows easily and the mood is always one of relaxed warmth.

I was delighted, therefore, when they approached me to do some photography for them.

For their annual Autumn Exhibition, they create a brochure which usually has one of Douglas’s jugs and Hannah’s plates on the cover. This year, they decided they wanted to be in the picture themselves as well.

The trickiest thing was getting the light right. Although they are in the process of expanding their workspace, at the time I did the shoot they were in a portacabin, which wasn’t really big enough to create interesting lighting. If all the light came from the front, then the background just fell into dull shadow, but there wasn’t enough room to put a light to the side of them, and any light behind them would be in camera shot.

Fortunately they had a small window at the far end. It wasn’t facing in the right direction to bring in much daylight, but it did allow me to stick an off-camera flash, with an orange gel in front of it, outside the window pointing inwards. This gave the feel of a soft evening sunlight coming in behind them, and really lifted the whole mood of the photos. 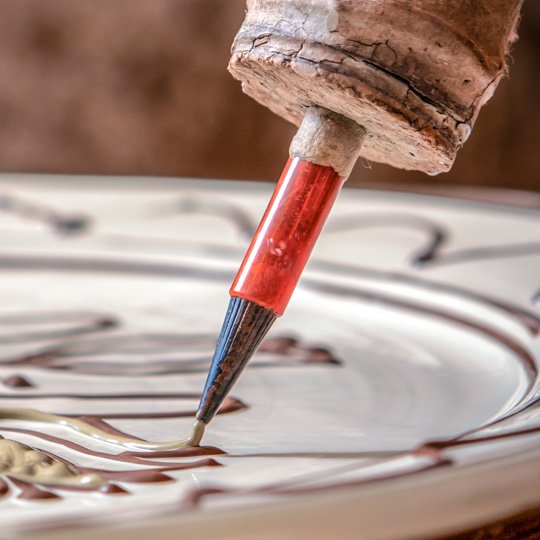 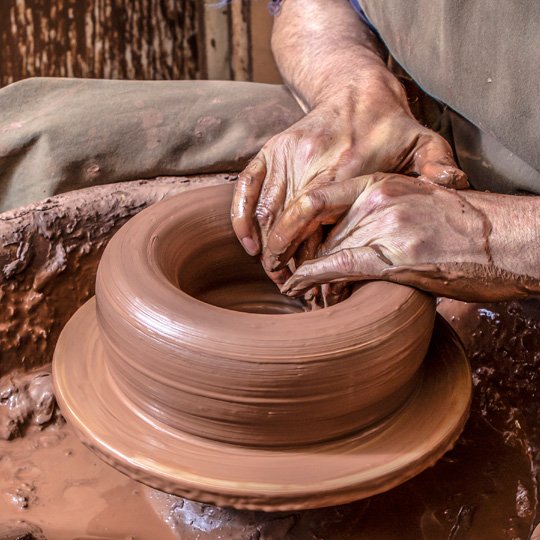 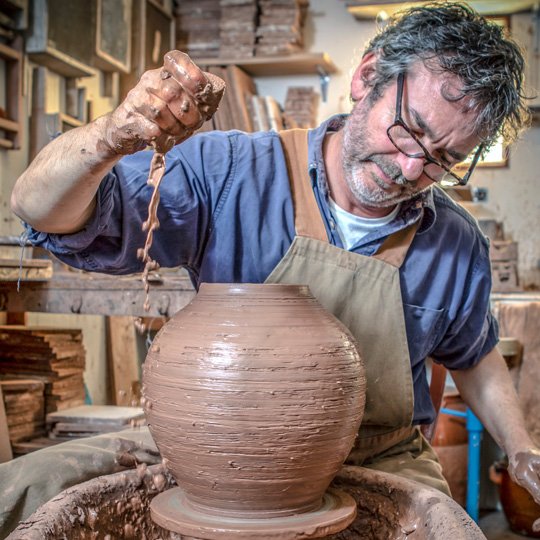 With the main photo under our belts, I then set about doing shots of Doug and Hannah at work, creating a vase and painting a plate respectively. These are some of the images from the session, but I have a full set up on my Photography Facebook Page to view here (you don’t have to me a member of FB to view them).